For a schizophrenic, any method by which a synchronicity can be coped with means possible survival; for us, it would be a great assist in the job of temporarily surviving . . . we both could use such a beat-the-house system.

This is what the I Ching, for the three thousand years, has been and still is. It works (roughtly 80 percent of the time, according to those such as Pauli who have analyzed it on a statistical basis). John Cage, the composer, uses it to derive chord progressions. Several physicists use it to plot the behavior of subatomic particles – thus getting around Heisenberg’s unfortunate principle. I’ve used it to develop the direction of a novel (please reserve your comments for Yandro, if you will). Jung used it with patients to get around their psychological blind spots. Leibnitz based his binary . . . . . .read more here

from Schizophrenia & the Book of Changes, an essay by Philip K. Dick, 1965

What do numerology and schizophrenia have in common? Synchronicity! The New York Times article says that everyday people are using their lucky numbers in a variety of profitable ways, from setting a marriage date to buying an apartment. The difference between what they are doing and your natural skill is that psychiatry dismisses your synchronity as psychosis. You may ask your shrink, “So if everyday people in certain cultures believe in it, why am I labeled psychotic?” 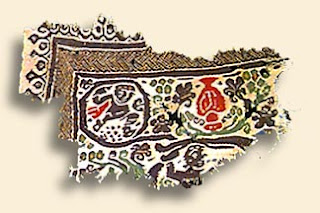 There are paranormal phenomenon related to schizophrenia, God, and physics. The Akashic field is an ancient Sanskrit term describing an ethereal library of all knowledge—thought, word, and action—that can be accessed through the subconscious mind. It houses the collection of universal truth, to which all people have access, and which all religions and shamanic traditions have acknowledged in some way. The Akashic field, also referred to as the universal mind or the word of God, shares much with Jung’s collective unconscious in which everyone participates through shared inheritance, thoughts and memories, which are symbolically manifested as fairy tales, myths and fantasies.

Conventional relativity theory says that the particles have to be close together to affect each other. The concept of nonlocality is a quantum physics concept that tweaks conventional relativity theory by demonstrating that you can accurately predict how one particle is behaving by how another is behaving, and that they have a causal relationship, even though they are separated by great distances. When Chris’s doctor does long-distance muscle testing on Chris, for example, she is tapping into the nonlocal library of knowledge to find the particular record that Chris has left in the collective unconscious, even though she and he are separated by a great distance.

Schizophrenia is a prime example of how the universal mind works, using another of Jung’s concepts, that of synchronicity. Synchronicity is the uncanny coincidence with which most of us are familiar. You were just thinking of someone you haven’t been in touch with for ten years, the phone rings, and it is that person on the other end of the line. One event does not cause the other. They occur because the universal mind contains both our consciousness and external events. Events reflect our conscious and vice versa because neither time nor place exists in the universal mind.

That’s the funny thing about synchronicity. It is only meaningful to the person experiencing it. It is a non-event to others, and pretty boring to them as well. Yet when synchronicity applies to us, it is a different story. We are bemused perhaps, but not enthralled.