Kristin at Borderline Families has leveled a well-aimed broadside taking issue with an article by Craig Garner appearing in the Huffington Post. You can read her blog post here. Having read the Garner piece, I find myself agreeing with Kristin’s point that Mr. Garner is supporting the psychiatric industry by trotting out the usual uninformed views of mental illness (he should know better) such as when he writes “that the family experiences fear after a loved one is diagnosed with “mental illness”. He guesses that “this is because they are wondering if they are susceptible to the “illness” as well.”

Kristin saying that the thought never entered her head that she would somehow “catch” the illness was exactly my reaction at the time, but unfortunately this is the clichéd question that every Frequently Asked Question about mental health poses. Haven’t we moved beyond this simplistic idea? Obviously not, judging from what Mr. Garner wrote . My reaction at the time was that reassuring Chris’s brothers that they weren’t going to catch this would have the opposite effect. “Oh, no. This is obviously a possibility or why else would she bring this up!” Like Kristin, my fear was for my son as I watched him clearly not get better on the drugs that every doctor we came into contact with claimed would make him better.

The part of her post that I can really identify with is her experience with the Menninger Clinic. Our experience was with CAMH in Toronto, but it really doesn’t matter where you go for help because the professionals who are supposedly providing the help haven’t a clue about mental illness or what they are going to do about it. Nonetheless, we are expected to trust their superior knowledge. Yes, I would characterize their contagious “I’m so sorry attitude,” as handwringing. 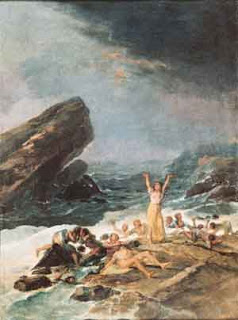 The inability of The Menninger Clinic to explain their philosophy for treatment was dumbfounding. It was as if they created this layered confused recital so that we thought that they were so damn intelligent that we would defer without question. Did they want us to believe that their program was so developed and intricate that the layperson was unable to grasp the concepts?
For two days staff members stood before us wringing their hands commiserating over our difficult situations. Then each commenced on a well rehearsed speech describing various aspects of their treatment philosophy. The specialized language and convoluted blather left most couples writing notes to one another or sitting on the edge of the plastic seats, trying to stay warm and attentive. I wondered whether their techniques were so cutting edge that it was hard to nail down the complexities or was it simply that the thesis had been lost in psychobabble. I think that the reputation of The Menninger Clinic was a towering house of cards. If we all exhaled at the same time, it would have crumbled.

It would have been far better for Chris and our family if we weren’t greeted at CAMH like we were entering a funeral home. Some honesty would have gone a long way, too. “Gee, your son needs some help in going through a crisis. It may be related to his interactions with the family environment when he was growing up, or he may just need nutritional support or a combination of several approaches. We can give him a drug for a short period of time, but the drugs have side effects. The best thing for you to do is to take the perspective that it is a crisis that will pass, with proper psychological support for him and for you. He’s not going to get better overnight, and it may take him a few years to get back on his feet, but recover he will and he may even surpass all previous expectations. Chances are he’ll recover quicker if you learn how to engage him.

Unfortunately, the stereotype of mental illness is perpetuated by handwringing professionals who act like funeral home directors. That part is definitely contagious.