A recent comment from Anonymous sent me scurrying to Bruce E. Levine’s Huffington Post article Thinking Critically About Scientology, Psychiatry and their Feud.

Interesting article, but what really got me thinking was the author’s commonly enough held opinion that mental illness is a rational response to an insane world, which I am now re-examining. (The schizophrenia diagnosis has made me get around eventually to re-examining everything. It’s been a blessing.)

It was R.D. Laing, who made the original insane world observation and people like me have been making this argument ever since. Except that I am more of the opinion now that mental illness is the direct result of not the larger world (society) that most people have in mind, but the smaller world – the child’s world – the familiar environment, the family, not some abstract thing called “society.” People don’t go insane because there is air pollution or poverty in the world. Their suppressed sense of self has made them sensitive to these problems, yes, but people are more likely to go insane because the family environment is polluted with lies or has a poverty of emotional warmth or a tsumani of physical or verbal abuse. People do not go insane because someone else’s family tree is warped (who cares?), but they do inherit the emotional resonance that their own family tree passes down.

It is much less troubling, I suppose, for parents and patient alike to accept the idea of an insane world, rather than to accept the idea of insane family dynamics. The insane world view has much in common then with the diseased brain view of mental illness. Both deflect the situation in ways that don’t point the finger at any one individual, thus making the situation palatable and guilt-free.

I said to a friend one time when my children were very young and they were all at their most challenging/difficult/wimpy (take your pick), “I like my own children but other people’s children I can do without.” She heartily agreed that the same applied to her. The brewing period for mental illness is the period of childhood where the family is being formed, imperfectly. Families understand each other on some level, but do not understand the way other families relate with each other.

Society is insane, but “mental illness” begins and ends at home. The “mental illness” usually manifests when the older child leaves his small world and steps out into the threatening larger one. Rather than the individual  directly confronting past hurts, psychosis feels like a “safe” way to express accusations, that if expressed honestly and directly, would trouble other family members. 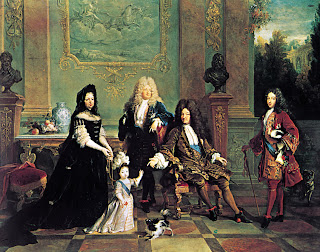 9 thoughts on “The child’s world is small”