Though technically not the patient, I too, felt like there was a hostage taking going on when I met with Chris’s doctors. (I have since found psychiatrists for him where the power relationship is on a more equal footing.)

Quite aside from transforming doctors into the perfect consumer in this sense, in 1962 it was not appreciated how much a mechanism designed to improve safety might in fact do just the opposite by transforming clinical encounters into hostage situations. Making drugs available on prescription only means that patients have nowhere else to go to get a medicine they need or think they need. They effectively become a hostage rather than a patient and risk the development of Stockholm syndrome.

In 1962 Stockholm syndrome had not yet been described. It is now known that people whose lives are at risk and who are isolated (anyone with an illness), when held hostage by kind captors concerned about their welfare (as doctors are increasingly trained to be) are highly likely to identify with their captors and want to keep them happy. In these circumstances, especially when the patient finds their condition worsening, it becomes very difficult to raise the possibility that what the doctor has done in good faith to help might in fact be causing problems.

It seems more and more likely that the safety consequences of turning patients into hostages outweigh the risks inherent in the drugs that doctors prescribe. The evidence that treatment induced adverse events have now become a leading source of death and disability point just this way. Meanwhile there is not a medical course on earth that trains doctors to recognize their capacity to induce Stockholm syndrome. 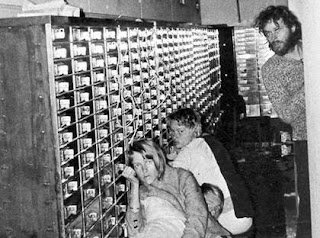