I’ve made lots of mistakes along the way with Chris, and one of them, in the early stages, at least, of his “officially diagnosed illness,” was getting caught up in negative thinking patterns. I attribute this to the dismal diagnosis, being counseled by mainstream to see the “illness” in medical terms, and interaction with dismal doctors. All of these factors influenced me to dwell negatively on Chris’s future. The purely medicalized view of this “illness” has huge impact on the patient and how s/he is treated by family members.  If I was influenced to adopt negative thought patterns, consider what happened to Chris. People do much better where families behave as if they are not particularly concerned/worried about them. It’s a skill one can learn. Also, think about the message given out by families who are convinced that their relative lacks “insight” into his own condition. “If only they were as worried as I am, they would know they are mentally ill.”  This is called “insight” from the point of view of the relative. The relative assumes that, armed with this “insight,” the patient will learn to take better care of himself, to avoid future relapse.

This research article suggests that “insight” (believing you are mentally ill) and rumination is associated with depression and negative self-appraisal in people with chronic schizophrenia.

I have to admit, in May 2009 I was not looking forward to having Alex, our middle son back living at home. He had graduated from university in the United States and decided to return to the country where we live to seek employment and to gain eventual citizenship. Ian and I were feeling quite closed in. Chris had just emerged from the psych hospital after a three month stay. We wondered how we would cope.

We are typical North American parents in our mentality. We expected our children to do what we did, which is to be independent –  fast.  Independence means to most North Americans, living away from home. That hadn’t worked out exactly as we planned with Chris, and here was Alex arriving on the doorstep.

Alex and I have always had a volatile relationship. He’s the type of kid who immediately introduces an electric charge into the room.  I could feel the jangle. Outsiders would term him engaging and lively, which he is. It’s the everyday that wears you down. Every family seems to have one like our Alex.  We argue a lot. He doesn’t back down, neither do I. We got under each other’s skin because there must be truth to the saying that the person most like you is the one with whom you have the most disagreements.

Things turned out differently than I imagined. We’re delighted that Alex is at home. He got a job; he’s been a great brother to Chris and good company at the end of the day. I decided before Alex came home that I was no longer going to go head to head with him. It was time to repair the damage from our long years of discord. The less I rise to the occasion, the less I quibble about this or that, the less he grumbles and the closer we are becoming. I’m consciously trying to help him with his own hot temper and we have the luxury of being able to have the occasional quiet chat where I try to introduce some healing words.

In the language of energy healing, our family is becoming in synch because our vibrations are aligning. Our children are no longer children and yet it has taken us this long to live together in harmony. We may not be that different from other families in this regard. Yet, here we are, after 28 years of marriage, three children, and we are just getting to this point. 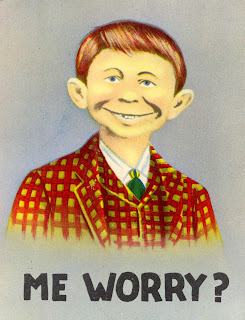 I woke up in the early hours of the morning and couldn’t get back to sleep. So, I lay there and wondered what was that low flying plane doing at night over our peaceful city? That thought entertained me for a short while, and then Ian woke up and padded into the bathroom and back to bed. Instead of playing possum like I normally do so I can get some decent sleep, we talked. And what did we talk about? Chris? No. Taylor or Alex? No. We talked about Ian having his mercury fillings extracted and I warned him that doing it quickly can lead to psychological trauma and he could go insane! We laughed. Insanity has no hold on us any longer. I know of someone who claimed that her daughter having all her fillings replaced at once led to years of pychosis. I also know someone who claimed that having them all removed quickly cleared up his physical and mental health. Go figure.

I am so grateful that waking up in the middle of the night these days does not lead to constant worry like it used to. Ian and I have passed our one year anniversary of not discussing Chris with each other. We made this pact when Chris left the psych hospital after his relapse. In the past, Chris’s peculiarities and our dealing with the doctors drove us mad with worry and we would confide our worries to each other. This invariably led to strife because we each had a different idea about how to handle this.  We no longer seem very interested in what Chris is doing. We have taken the long term view, that if we just leave him alone and provide whatever professional support we can, then he will get better. He certainly seems like he’s getting better, but we are no longer there to take his pulse.

This is our own version of practicing low expressed emotion. It means not discussing Chris. This strategy has miraculously allowed us to stop worrying. We trust that all will be well.