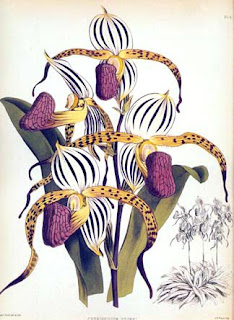 Does anyone out there not know who Rupert Sheldrake is? Rupert Sheldrake is an English biologist who has made a phenomenal reputation for himself in a field that he calls “morphic resonance.” Seven years after completing a PhD in plant physiology at Cambridge he took a position in a plant research lab in Hyderabad, India. Three years later he joined an ashram run by Dom Bede Griffiths. Sheldrake gradually reached the conclusion that nature was ruled by habits, not by eternal, unchanging laws as envisaged since dawn of Modern era by scientific tradition. The idea of eternal laws may have been appropriate to the era in which modern science was born, when more or less absolute monarchs ruled many nation states. From his Eastern experience, Sheldrake changed his linear biology orientation and embraced the idea that the universe was intelligent, intuitive, non-random and spiritual. Morphic resonance recognizes that the universe is living and growing and that memory is inherent in all living things.

The idea of laws as no more than intellectual habits now offers a whole new foundation for scientific endeavor. Knowledge used to be confined to monasteries and was the domain of the Catholic Church. Our western canon of scientific thought was rarely seeded by thoughts from different cultures even through most of the past century. Our scientific “open-mindedness” until very recently has been the domain of DWEMs (dead white European males). This unchanging view of laws governing nature is being blown wide open by quantum physics, consciousness research and the invasion of other cultures on our established habits.

Therefore, is the scientifically “valid” idea that there is a disease called schizophrenia along with other mental illnesses no more than a long entrenched habit of thought, like the idea that the sun revolved around the Earth? I would say, yes, yes, yes. Change your belief system (your expectations) and you change the outcome. If you believe in the disease, you are the disease, and people will treat your accordingly.

Here is an excerpt from Rupert Sheldrake on “expectations.”

Lurking in the background is the alarming thought that much of established science may reflect the influence of the experimenters’ expectations, even through psychokinetic or other paranormal influences. These expectations may not only include those of individual investigators, but also the consensus among their peers. Scientific paradigms, models of reality shared by professionals, have a great influence on the general pattern of expectation and could influence the outcome of countless experiments.

It is sometimes suggested, in a joking way, that nuclear physicists do not so much discover new subatomic particles as invent them. To start with, the particles are predicted on theoretical grounds. If enough professionals believe they are likely to be found, costly accelerators and colliders are built to look for them. Then, sure enough, the expected particles are detected, as traces in bubble chambers or on photographic films. The more often they are detected, the easier they become to find again. A new consensus is established: they exist. The success of this investment of hundreds of millions of dollars then justifies yet further expense on even bigger atom smashers to find yet more predicted particles, and so on. The only limit seems to be set not by nature herself, but by the willingness of the US Congress to go on spending billions of dollars on this pursuit.

2 thoughts on “Rupert Sheldrake on habits and expectations”