Tomorrow is Good Friday. The Christian world celebrates the resurrection of Jesus Christ from the tomb. For the past few days I have been swirling some ideas around in my head about how I can introduce the idea of beginning to live a life after a death. Those who are struggling with what Western medicine calls “schizophrenia “often express the idea that they have died, they are dead. I have noticed that young men often begin to move beyond through this period around the age of 29 or 30. This is my wish for Chris. Tomorrow he will perform a solo in church from St. Matthew’s Passion,  “Mache dich, mein Herze, rein.” (Make thee clean, my heart, I will bury Jesus.)

This is the chronological age (28) that numerologists refer to as the first Saturn return, when the planet Saturn returns to the place it occupied when that person was born. It is a time of endings and new beginnings. In 1901 Richard Maurice Bucke, a Canadian psychiatrist, published a book entitled “Cosmic Consciousness: A Study in the Evolution of the Human Mind” after experiencing an enlightenment when he was in his early thirties. He made a study of other spiritual leaders and noticed that they achieved a cosmic consciousness around the the same age.

Skyblue Cure has a remarkable blog where he writes about his rebirth at the age of thirty. I have reprinted some of his writing below because he perfectly illustrates an emotional rebirth and liberation from death.

From Cure: The eye of the Hurricane

I am a person cured of emotional illness and schizophrenia. My life, this personality I have now, started at age thirty. This state of mind, this feeling or awareness of consciousness did not exist before that time.

I remember one day when I was almost 30, I realized that I had become alive! I had been doing significant “work” in psychotherapy and had released and dealt with major memories and emotions from my past. Now, my mind being freed many memories of many little things were welling up in my memory, and I had been emotionally interacting with my current environment.

I was standing in my kitchen and I felt my memories and emotions swirling around me. I felt exhilarated and euphoric, I had the feeling of being in the eye of a hurricane with the powerful winds swirling around me. In a blinding moment I knew!…I WAS ALIVE! AND I WAS ALIVE FOR THE FIRST TIME THAT I COULD REMEMBER IN MY LIFE! The next time I went to group, I told the circle that I had “an announcement to make.” Then I announced that “I am Alive! 🙂

I thought they would think I was irrational. However, the head therapist just came to me and shook my hand and congratulated me for joining the human race. I suppose I would have made more sense to them if I had told my complete experience but nobody really asked and it didn’t turn out to be so important for that moment.

From that moment, the genie was out of the bottle and could never be re-corked. I continued on in therapy for another year or so, but in the end, I realize now, It would have made no difference. I was free and I knew how I had been imprisoned and the process was now natural and unstoppable. It still took some time to unravel and form a complete new personality but that was the moment of birth for me in my life.

From: Reconstructed, Not “Recovered”
The person is at a later stage an adult. They cannot “recover” to being a child which would be the time before the illness started. The cure itself is more than correcting initial problems. It has to also integrate a new personality in a now formed adult. So if the psyche is reformed and the personality is new then there can be absolutely nothing to which can be recovered. To recover indeed to any state pre-cure would mean to go back to a problematic state.

The symptoms of mental illness are usually not the problem, they are the attempt at a solution. To cut them out as with a scalpel is to cut out the soul of a person. The problems that cause the illness lies elsewhere, often in their relation to so-called “sane” people which have driven them crazy. To revert or “recover” then actually means that the person abandons his cure and returns to a permanent state of dysfunction. The progression of illness itself is the actual cure, the psyche needs to break and reform. This is a natural process which needs to be assisted not interfered with nor prevented. 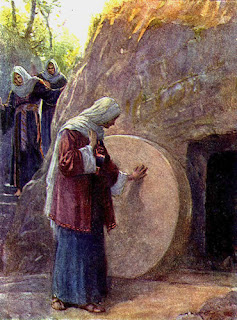