In 1974 Professor Wilson Key wrote Sublimal Seduction, a book in which he put forth the idea that advertising media embedded sexual images into every day products (most famously ice cubes) in order to subliminally seduce the buyer into – no surprise here –  buying. 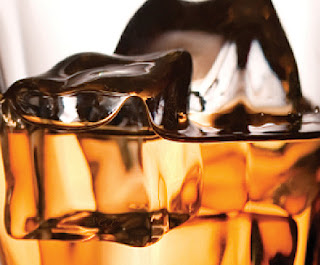 Perhaps you already can tell where I’m going with this. (Going for a bit of a ramble. Bear with me.) Pharma uses the direct sales approach to sell its products through paid advertising, but the safety and efficacy of its products is being questioned as never before (by scientists, academics, journalists, bloggers) so a different strategy, quite similar, IMHO, to subliminal seduction, is being tried.

Think I’m too paranoid? I may not be alone in my thinking. Concerning the fate of subliminal advertising, Julie Sedivy, Ph.D., earlier this year wrote in Psychology Today, that eventually

The dust settled, public paranoia about advertising practices abated, and in scientific circles, a professed interest in subliminal advertising came to be about as respectable as wearing scarlet lipstick and fishnet stockings to an academic conference—or conducting research about ESP, for that matter.

Then there was a Bush political advertisement where the word “RATS” briefly flashed across the screen when Al Gore’s image appeared,  prompting Sedivy to write:

A lot has happened in psychological science in the decade since the Bush/Gore election. Weinberger and Westen’s study is now only one among many that have found that people’s attitudes and behavior can be swayed by cues that they have no awareness of, or that they don’t believe to be relevant to their behavior. Here’s a fistful of exotic findings from the last few years of research:

John Bargh and colleagues have run dozens of studies in which they’ve shown that human behavior can be “primed” in various ways—people became more polite after doing puzzles with words that relate to courteousness than with words that are associated with rudeness; they behaved more aggressively after the subliminal flashing of images that evoke stereotypes of aggression (such as the image of a black man); they behaved more altruistically when sitting in a room with a backpack on the table, than in a room with a briefcase.

Print articles and Video News Releases *(VNR) about “recovery” from psychosis are cropping up in great number these days. Embedded in these stories is a brief word, and the word, you guessed it, is “medications.” A memorable embedding of this foreign object is the scene in A Beautiful Mind, when John Nash says in an off-hand way – so off-hand that some viewers may have missed it –  “I take the newer medications.” The fact that Nash actually stopped taking antipsychotic medications decades before was not known by the viewers, who will associate Nash’s recovery with the newer antipsychotics.

Pharma gets the drift of the way the winds of change are blowing, so here’s how it plans to cling to market share. Companies will stoke the general demand for medications, not for their own brand names. Pharma will do this by feeding the the media and the public recovery stories. In these stories there will be brief testimonials by individuals, family members, or doctors, that medications are an essential part of the picture and the public will think that medications are the entire reason the person is standing in front of you smiling and “recovered.” Where the viewer may discount a direct sales pitch from pharma, he or she will warm to a trustworthy individual. Without the public knowing who or what is behind these kind of stories, we are being asked to accept on faith that there is no puppeteer pulling the strings. Of course, sublimal advertising isn’t restricted to pharma. Any group can put its message across by subliminal advertising techniques. The key objective is to engage the viewer to become emotionally invested in the recovery story and then “buy” the briefly stated reason for the recovery.

___________________________
*from Wikipedia
Most VNRs feature a professional news reporter, such as Karen Ryan, someone with on-air news experience, or an actor. VNRs also often include interviews with experts (who often have legitimate, if biased, expertise); so called “man on the street” interviews with “average” people; and pictures of celebrities, products, service demonstrations, corporate logos and the like, where applicable. In some cases the “man on the street” segments feature persons randomly selected and interviewed spontaneously, and in other cases actors are hired and directed by VNR producers to deliver carefully scripted comments. In addition, regardless of whether real people or professional actors appear, VNR producers and directors, just like journalists, have complete discretion to excerpt and edit these “interviews” into ‘sound bites’ that help make the point they are trying to make.