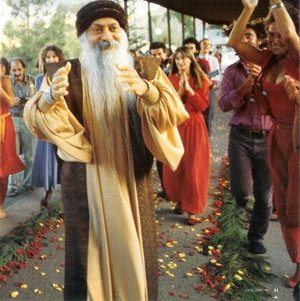 Chris and I attended our first Sahaja Yoga meditation last night. I couldn’t help shaking my head; the venue was within spitting distance of where Chris spent two years attending a psychiatric outpatient program. Two words that come to mind about that program are “expensive and lame.”  It looked upon psychic distress as mainly a medical problem, and of course, medication management was a big part of the curriculum. Impressive, if you judge these things by the number of staff with professional accreditations. The problem is, the cooking classes, the light ergotherapy exercises (bringing your knees to your chest while lying on the floor), the forty minute acting classes, just don’t do the profound lifting needed to get to the root of psychosis.

If I were going to run a program, here’s what I’ve have on the menu. Yoga classes, meditation, assemblage point shifters, Family Constellation sessions, music, etc. The emphasis would be on vibration. There were be classes on nutrition and vitamin support. The rented facilities would look more like an ashram and not at all like a hospital outpatient program. This kind of therapeutic outlet would be cheap because it wouldn’t be professionalized. It would be staffed mainly by volunteers.

I’m not very familiar with meditation, having done it sporadically with different teachers over the past few years. Sahaja Yoga meditation is different to the other meditations I’ve done, which tended to be more like “imagine yourself walking through a peaceful green forest and you come upon a crystal stream . . .” The aim of Sahaja Yoga is to immediately awaken the kundalini, which, with practice, eventually leads to self-realization. The technique is simple to grasp and self-realization doesn’t have to be attained after years of discipline. We’re all expected to notice improvements rather quickly in our well-being.

I have always been uneasy about the awakened kundalini. I’ve read that it is such a powerful force that amateurs have no business playing with it. I also thought it was something that you just don’t jump into. We jumped right into it last night. Chris and I went through our guided meditation in English in a separate room from the others who were carrying on in French. After we finished and our kundalinis were roused, we stepped into the main room where the rest of the group was busy fanning kundalinis and cleaning chakras. The air was flowing with kundalini arousal en masse.

Chris was enthusiastic about his experience. We both slept well.