Omega-3 fish oil has been debunked as helpful for atrial fibrillation by a study sponsored by GlaxoSmithKline. Oddly, GSK sells the prescription omega-3 medication that was tested in the study. Lovaza is the only FDA approved medication made from omega-3 fish oil that is effective in lowering very high triglycerides.

The study’s leader, Dr. Peter Kowey, cardiology chief at Main Line Health Hospital System near Philadelphia, said many people take supplements and vitamins that have not been well tested.
“People are spending an enormous amount of money on stuff that doesn’t work,” he said.

Results were reported Monday at an American Heart Association conference in Chicago and published online by the Journal of the American Medical Association. . . . . The capsules used in the study are sold as Lovaza in the United States and as Zodin in Europe by GlaxoSmithKline PLC, which paid for the research.

You might well puzzle over this one. Why would GSK pay for a study that shows its own product to be not helpful for a certain condition? Well, one possibility is that GSK hopes that by doing this it will demonstrate to its critics that it is open and transparent. They will begin to see GSK as not just another company that buries data found unfavorable to it.

There’s always more to the story, especially when it involves those dastardly profit seekers.

Here’s my thinking on it. Atrial fibrillation, as far as I know, since I’ve got it myself, has no known cause and is not considered life-threatening.  I have never heard that it is associated with high triglycerides and the associated risk of stroke, for which this medication has FDA approval. I’ll admit I haven’t spent any time researching this one, and so this is the first time I have read about the horrible fate that awaits. (Hint: GSK is planting the idea by this study that atrial fibrillation is damn serious and something ought to be done about it.)

If people are taking omega-3 for atrial fibrillation, they are using it off-label. GSK knows that it is an elusive market. Plenty of smart people can by-pass the doctor’s office in favor of the health food store to stock up on their non-prescription omega-3s to cure whatever it is that they think needs curing. Waste of money? Only to doctors who would prefer that you get your prescriptions through them. 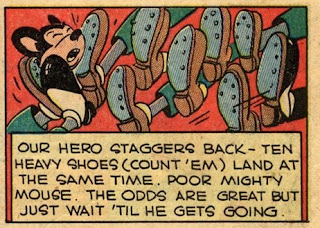 This is one GSK market can afford to lose, because it’s not its market in the first place. By cleverly allowing this one to escape, it’s building the new idea that atrial fibrillation is life-threatening. The market it wants from this study is me, and millions more like me, who once happily went about their lives unconcerned with the occasional flutter, and soon will be breaking down the doors of the doctor’s office to get whatever GSK has in its pipeline for atrial fibrillation.

And the moral of today’s story? “Beware a wolf in sheep’s clothing.”