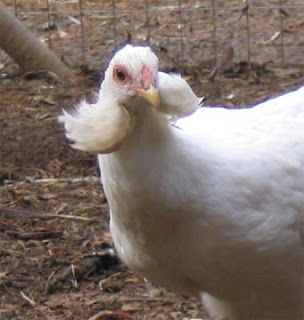 Chris is up and about early these days. This morning, I heard the shower going full tilt at 6 a.m. and then at 7 a.m. there was a knock at the bedroom door. Would I like some tea, some freshly squeezed orange juice and some type of South American omelette?

I’m not normally an egg person in the morning, but in solidarity with Chris, I decided I would be one. I prefer something bready and sweet washed down by black coffee. A South American omelette sounded intriguing. I’m thinking cheese, chiles, perhaps some potatoes and a bit of jambon.

Chris kept up a steady stream of chatter from the kitchen as I sat at the dining room table. This was not just any chicken, apparently. “The eggs come from an Araucano or ‘South American Rumpless’  hen, and guess what, the shells are green!” Sure enough, on closer inspection, they were. “And, wow, the yolks are bigger, do you want to see?” Chris enthused. 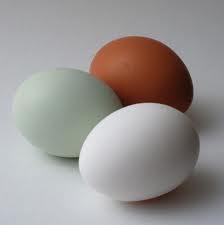 I was beginning to turn green myself at the thought. “No thanks. Just bring me the omelette when it’s ready.”

The omelette arrived, with onions. The concoction was green tinged. The onions were undercooked. Chris set a bottle of green pepper sauce next to my plate. The tiny bottle was nearly empty, staining the glass the same light green color as the eggshells.

I tried a forkfull of the eggs, but lost my appetite for another stab at them.

Chris took it in stride. Cooking is a creative outlet for him, and he has produced some really eye-catching and appetizing meals. Today’s breakfast just wasn’t one of them. Emerging from the hospital two years ago, he began to take a sudden interest in cooking. All through his childhood and up to the hospitalization, he didn’t seem to care about color, texture, smells and how they cha cha rhythmically together in food. He’s been waking up in so many ways. He’s becoming more and more alive.

1 thought on “Green eggs and ham”