The appearance this past week of two myth-busting articles on schizophrenia in the New York Times, was long overdue. Still, I couldn’t help firing off a cranky comment to the Well section of that paper to argue that it is absolutely ludicrous that mainstream medicine for years has gotten away with promoting the dumbing down of patient expectations.

Think about it. In almost every other area of endeavor, Americans are encouraged to self-promote, to aim big, to dress for success, to follow the American dream. Everywhere . . . except for a schizophrenia diagnosis. You would think, wouldn’t you, that emulating what more successful people do would be part and parcel of  any recovery. But, apparently the wisdom of this idea has escaped much of the mental health industry, which now appears finally ready to STUDY THIS PHENOMENON  further! Oh, for heaven sakes! If you tell people they are sick, most people will believe you. Knowing they are “brain damaged” and have “a biochemical imbalance” will make the road to recovery even harder.

Researchers have conducted more than 100,000 studies on schizophrenia since its symptoms were first characterized. They have tested patients’ blood. They have analyzed their genes. They have measured perceptual skills, I.Q. and memory, and have tried perhaps thousands of drug treatments.

Now, a group of people with the diagnosis is showing researchers a previously hidden dimension of the story: how the disorder can be managed while people build full, successful lives. The continuing study — a joint project of the University of California, Los Angeles; the University of Southern California; and the Department of Veterans Affairs — follows a group of 20 people with the diagnosis, including two doctors, a lawyer and a chief executive, Ms. Myrick. 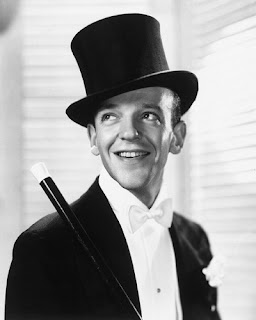 It was hard for me to keep a straight face when I read how “surprised” the research community was when it discovered this “hidden dimension of the story.”  In the meantime, my son Chris goes about his daily living while we continue to extract him from the clutches of his dismal diagnosis. He is out most evenings in rehearsals for the upcoming Christmas pantomime, Jack and the Beanstalk. He’s a member of several choirs that practice once a week. If he were living back in North America, and not the life of an expat in Europe, I feel sure that he would have a paying job in addition to all of the volunteer work that he does. The work permit here is not an insurmountable stumbling block, but it is a process to go through that we haven’t managed to give much thought to until recently. I continue to push the idea of his going back to university to study voice and music. Chris and his brothers, Taylor and Alex, are getting along well and they are doing their bit to encourage Chris to develop his full potential. Why should anyone settle for less?

4 thoughts on “Dress for success”