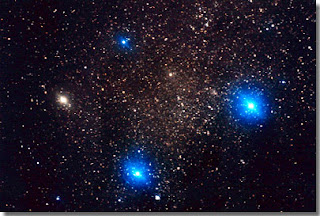 I’m hoping Chris will never be normal. I think there is a fairly good chance of that, given the strange journey he’s been on up until now. He should capitalize on this experience, not try to bury it. Let me explain. What I am about to say sounds terribly trite, because we have all heard it before. Can Chris’s and my incredible journey up to now be reduced to one banal thought in my head that it’s better to be somewhere else than swimming along in the mainstream?

Life is too short to want to fit in, to be normal, to be like the next guy. It’s being somewhat abnormal that will get you an interesting life. Sure, I would like Chris to be independent in an area of his choosing, but it’s when human beings stick their neck out, or learn to be themselves, not a copy of who they would like to be, that they have an authentic life. To me, this is good mental health. When you cherish abnormal, you begin to cultivate the brilliance of the personality struggling under the weight of wanting to fit in with social norms.

Chris was so “normal” in his early life that he threatened to extinguish himself, which, thankfully, around the age of nineteen he, in fact, did. He was literally fading away before my eyes — no opinions, no professed talents, no passions or enthusiasms, no color in his cheeks. I wonder if teachers even remember who he was beyond a pale blond boy in a class photo. Teachers remember the risk takers, not the risk averse.

Having extinguished himself, Chris began a long journey to be where he is today, still in the process of becoming an authentic personality, but a personality he is in fact becoming. His voice has temperament behind it. His spoken thoughts are turning towards opinions. His life is taking on a direction I don’t even know where it’s headed, but it’s headed somewhere. He is no longer adrift.

If we, too, are aware, some of the sparkle of our relative’s journey will rub off on us. We all have star power.

I have posted elsewhere about the value of numerology in understanding so-called mental illness. I believe that numerology is an insightful way of relating to people who are in a mental health crisis. Ancient mathematicians, like Pythagorus, imputed meaning to numbers, based on vibrations and planetary movements. People experiencing schizophrenia see meaning and connections that are not apparent to others. Jung called this synchronicity.

My son, Chris, is quite interested in how numerology has relevance to his life. A few months ago I gave him a book on numerology for his birthday which he studies from time to time. This enables us to have interesting discussions about his personal growth and perhaps an eventual career path. These discussions are much less intrusive than “Well, son, when are you going to be ready to take on a full time job or studies?”

Example: Chris is becoming much more socially outgoing. Sure enough, he is in a personal year 3, the year of becoming more outgoing. He is really opening up to me with his personal thoughts and reflections. This is not something that he did as a child. I am seeing a reconstructed personality emerging.

In numerology, there are nine year cycles. To understand where you are with respect to that cycle, you take your date and month and the current year, and reduce the numbers down to a prime number (11s and 22s being the exception.)
For example, if tomorrow (3)/(5) is your birthday, and you were born in 1965, you are on year three of the nine year cycle.

Out of curiosity, and based on Chris’s numbers, I revisited the time when in hindsight Chris’s troubles were beginning to surface, to the present day. In 1999 he ended a nine year cycle and began a new one. What I recollect from that year concerning his health is that he began to experience very bad acne. (Dr. Abram Hoffer says that severe acne at this age is often a precursor to schizophrenia. It is a pellagra like condition related to a lack of B3 or niacin.)

Both Chris and I agree that his most recent hospitalization in 2008 marked the end of his nine year cycle and the beginning of his new nine year cycle. Since leaving the hospital, he has taken baby steps towards discerning his life path by taking a course here, a small job there. He is currently working ten hours a week helping an artist with his projects and tending the artist’s garden.

I find that the numerology perspective helps me to be patient, to see that life is change, growth, and there is a time for everything.